Was it right to sell Zlatan Ibrahimovic and take Eto’o instead, the Rossoneri Blog team tries to figure out if Eto’o constitutes a threat for the Italian clubs

Eto’o-Ibra swap is seemingly the best transfer of this season for a simple reason: this is a win-win deal. Yes, of course, Inter earned more, by selling Swedish super-star Zlatan Ibrahimovic; they’ve got Eto’o + €40 million. The scorers have change the place, but it doesn’t say they’re going to succeed.

Some would say: “Eto’o, the Italian league is not for his level, he destroys them. He eats Serie A clubs for breakfast.” But there is also skeptic side, which I belong to, this kind of people can only say: “Wait and see my friends, when you change place, the lucky is changing as well in many cases.”

Barcelona can handle pretty well when Eto’o is not around, they won many games also when Eto’o was sitting on the bench or just turn invisible on the pitch. With new striker like Ibrahimovic who scoring much of goals, who does what Eto’o doesn’t do (shots from distance), they can become even better.

But as for Inter… Inter, Inter, Inter. Inter was known in second name: Zlatan Ibrahimovic, ever since they bought him from Juventus on 2005, the Sweden international is the playmaker, well, it’s not an ordinary thing to make a striker into a playmaker.

The coaches like Zlatan, also at Juventus when Fabio Capello was in charge, he made the team think that all the balls have to go straight to Ibra, if they want to score in this game, it worked. Inter bought him and played in the same way when Roberto Mancini was in charge and Jose Mourinho continued.

But, there were skeptics. “With all respect, Ibrahimovic governed Inter’s seasons for the past few years. I am really curious to see what he can do [without Ibrahimovic],” said Florentina coach Cesare Prandelli.

Facts about Samuel Eto’o since the arrival to Inter: Spent his young career in a club called Kadji Sports Academy, and then moved to REAL MADRID, had horrible time there, three years on loan to Leganés, Espanyol and Mallorca (scored 9 goals in all three teams in 41 appearances).

Mallorca was the turning point, since then he turns to a real scorer, in four years he scored 48 goals in 120 appearances. When he was 23 years old, Barcelona bought him and he was a big, big star. Eto’o is no. 3 in Barcelona’s best scorers history with 108 goals in 145 appearances.

Just take a look at those teams, what’s the common denominator? YES, there’re all Spanish teams, thing that might deters me if I would like to buy him for an Italian club although his fantastic skills. Eto’o was a scorer in La Liga. But can someone tell me he will be good at Inter? NO (yet?). Maybe I’m a stupid coach.

Eto’o can do only three different things:

Eto’o signs for five-years at Inter, stuck in the Italian league who maybe considered to the third in the quality but in the last time fails in Europe and in quality. Eto’o can save it or stuck with it.

I don’t think Eto’o is dangerous for the Italian clubs, perhaps he’s the complete opposite, it’s could be the Serie A saver who leads it into a new way, a better way. Inter is strong enough also without Eto’o but he could success and maybe even be buried in the bench. Don’t predict before seeing something!

As for Ibracadabra, he will do well at Barcelona because great players are surrounding him and finally he doesn’t need to lead the team when his position is to score goals. Eto’o, again, I don’t speak until I see in my eyes what he worth when he plays Italian football.

What are your views, does Eto’o is dangerous for all the Italian clubs or he just won’t fill in Ibra place well? Would Zlatan-Eto’o deal prove itself as the transfer of the decade in the future? the Rossoneri Blog wants to know what YOU think about it! 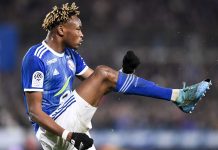 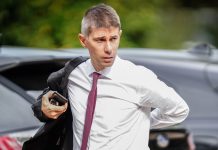 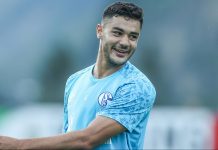